The Border Studies Unit (UBRJ) at the Slavic Eurasian Research Centre and the Reconciliation and Coexistence in Contact Zones Research Centre (RCCZ) at Chungang University held a joint symposium on April 12-13, 2019 in Seoul. This was the first joint venture between the two institutions after the signing of the MoU in November 2019. The two day symposium consisted of 3 sessions and an excursion to Camp Greaves at the DMZ.

The first session titled “Multiple Characteristics in the Contact Zones of North Korea, China and Russia” invited two speakers, Dr. Mihoko Kato (NoA-SRC), who examined the characteristics and transition of Russian foreign policy toward North Korea from 2000 to 2018, and Dr. Chulhyun Park, who examine the development of the trans-border city of Hunchun in China. The second session titled “The North Korean Cohabitation and Diaspora in the Post-Cold War Era” also invited two speakers, Dr. Naomi Chi (NoA-SRC), who examined the North Korean women defectors to China, South Korea and Canada, and Dr. Ted Boyle (Kyushu University / NoA-SRC), who examined the challenges of the Sino-North Korean border. The third session titled “Solidarity of Minorities in Contact Zones of East Asia” invited two speakers, Dr. Kyunghwa Lim, who examined the solidarity between the Okinawan people and Zainichi Koreans during the return of Okinawa to Japan, and Dr. Hyein Han, who examined the victimhood of the forced labourers and comfort women vis-à-vis Japanese colonial rule. Questions concerning the regional security of Northeast Asia, the current Moon administration’s policy toward North Korea, Russian interest in East Asia, minority issues in East Asia as well as the future of Japan-Korea relations were raised by the discussants and the audience.

On the 13th, there was an excursion to Camp Greaves and the Demilitarized Zone (DMZ), and there was a special exhibition of the photos taken by the members of the Neutral Nations Supervisory Commission (NNSC: Poland, Czechoslovakia, Sweden and Switzerland). Right after the Korean War, many North Korean war orphans were adopted and sent to Poland and Czechoslovakia. The photos of the children still remain vivid. 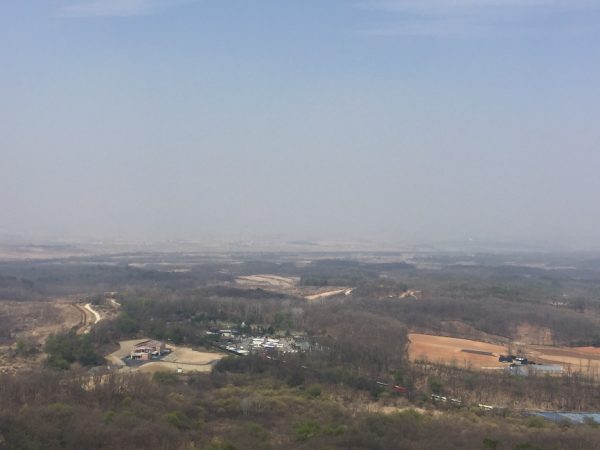